CareConnect will be winding down their operations over the next year and will no longer be offering individual or group health insurance plans for 2018. In addition, all existing CareConnect individual plans sold on the New York State Health Exchange will expire at the end of this year. Leaving more than 100,000 consumers scrambling to find another health insurance plan for 2018.

Northwell Health, one of NY’s major insurance companies, has sustained severe losses and blames a flawed provision in the Affordable Care Act (ACA) as the culprits for winding down its CareConnect insurance company. The company said it had to pay $112 million or 44% of their revenue last year (2016) and more than 100 million next year into a health insurance risk pool. The risk pool was created by The Affordable Care Act (ACA) to spread the risk of insurers that had take on clients with serious pre-existing health conditions.

According to a statement made by Northwell’s CEO, Michael Dowling, “It has become increasingly clear that continuing the CareConnect health plan is financially unsustainable, given the failure of the federal government and Congress to correct regulatory flaws that have destabilized insurance markets and their refusal to honor promises of additional funding,”

Small group employers (2-100 employees) will need to take action to purchase a new group policy before the renewal date of their current CareConnect health plan. These employers will need to apply as a new group at least 45 days before their renewal with another insurance company. Other small group options include; Oxford, Aetna, EmblemHealth, Empire Blue Cross and new comer, Oscar health insurance – which only covers New York City and the surrounding boroughs.

CareConnect has announced that all individual health plans purchased on the New York state of health (NYSOH) marketplace will expire on 12/31/2017. A new health insurance plan must be purchased during “Open Enrollment.” The open enrollment period begins on 11/1/17 and runs through 12/15/17. If you want new health insurance coverage effective by 1/1/2018, you will need to purchase a plan within that time-frame.

Consumers that have purchased private health insurance through brokers or third party providers might still be able to keep their health plans until mid-2018 according to our source at CareConnect. The company is working with New York Department of Financial Services to withdraw their private health plans gradually from the marketplace.

What’s Next For Individual Health Insurance in New York?

Unfortunately, once CareConnect withdraws their private insurance plans, there are not many options to buy individual health insurance. Oxford, Aetna and Affinity Health have all discontinued their individual health plans. It is rumored that Empire Blue Cross will be pulling out of the individual insurance market in early 2018.

The options for individual health insurance are slim to none. Most consumers will be forced to purchase ObamaCare coverage on the health exchange which is inferior coverage and not accepted by many doctors. One of the few private health insurance options still available is through 2 associations that we are affiliated with. These associations offer health insurance coverage with Cigna, MagnaCare, HIP/Emblem and Blue Cross Blue Shield. For more information on the association health plan options and rates, you can learn more here: Individual Health Insurance Plans.

Bill
Recent Posts
Find Us On
Healthplansny
HealthPlansNY was formed by 2 independent insurance agents who joined forces to help small business owners save money and improve their group insurance plans. What if you really liked your health broker? We listen. We respond. Life is frustrating enough. Your health broker shouldn't be.
Find Us On
Contact Info 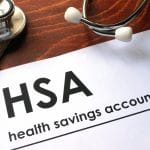 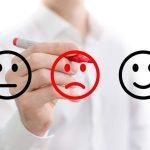