If you’re looking for a comprehensive group health plan for your small business our Empire Blue Cross Blue Shield review explains why this company is one of the best. This insurer is probably one of the most admired insurance providers in the state of New York.  And for many reasons; Empire has one of the strongest provider networks of coverage across the entire state – only second to behemoth, Oxford.

The Empire BCBS network includes more than 90,000 participating doctors and over 160 hospitals making them one of the best health insurance companies in New York. And even though, the company only provides health insurance coverage to the New York City metropolitan area and selected counties in upstate New York, they are a solid choice for small business health insurance.

If your employees live or work out of New York State, they are given access to doctors and hospitals almost anywhere in the United States and 170 countries through Empire’s BlueCard Network.

BlueCard, formerly known as the Prism plan is Empire’s premier health plan. It offers national access to EPO and PPO health insurance plans for small groups in New York. BlueCard has over 150 in-network hospitals and over 85,000 in-network physicians.

The BlueCard network is the largest provider network in the United States. More than 96% of hospitals and 93% of doctors across the country give your employees access to health care services with BlueCard,

Blue Priority is an in-network only EPO plan. This is a smaller network than Blue Card however this program still boasts more than 85,000 physicians and more than 160 hospitals in the New York metro area.  Referrals are not required to see a specialist provided they are in network only. For small business owners, Empire requires 60% of full-time employees to enroll excluding valid waivers. Valid waivers include: Medicare, Medicaid, Spousal, Veterans, and Parental.

January 2019, Empire introduced a new provider network called “Blue Access.” This is a limited network of providers and participating hospitals. Small business customers who were currently participating in the Pathway network were transferred to the new Blue Access network. The Pathway Network will be utilized for Empire members who purchase individual insurance plans on the New York State of Health marketplace, or the Health Exchange.


Effective January 1, 2020, Empire BlueCross BlueShield (“Empire”) launched a new network called Connection. The Connection network will be available to Local and National Large and Small Groups and the network is designed to deliver the greatest premium savings to small business clients.

Connection will offer in-network access health plans to the majority of key hospital systems in their downstate service area (Bronx, Kings, Nassau, New York City, Queens, Richmond, Rockland, Suffolk, Westchester). The Connection is a smaller network compared to their largest “BlueCard” Network with about a 70 provder match. The products offered under the Connection network is Gatekeeper EPO (GEPO and EPO).

Empire Connection joins their 2 other existing networks: Empire PPO/EPO (BlueCard) which is their largest National Network and Blue Access. Employers can offer any combination of their 3 networks as part of their benefit plan.

PPO plans allow employees to receive care in-network and out-of-network. Members pay the negotiated rate for medical care at substantially less rates when they use a provider in the PPO network. But they also have the choice to go outside of the network for medical care and still receive reimbursement for services. There are no referrals needed to see a specialist.

Empire EPO plans cover in network medical services only but do not require a referral from their Primary Care Physician (PCP).

HMO plans only cover services from providers in the HMO plan network. Employees are required to choose a PCP in the HMO network. If a specialist is needed, the PCP must provide a referral.

CDHP’ are high deductibles plans and can be integrated with Health Savings Accounts (HSA’s) and Health Reimbursement Arrangements (HRA’s).  Empire CDHPs are available as an HMO, EPO and PPO plans.

Health Savings Accounts allow employees pay for their health care expenses on a tax-free basis. Accounts are funded with pre-tax dollars usually through payroll deductions. Funds can be used for qualified medical expenses and prescriptions.

Empire Blue Cross For Your Business

If you are looking for a group health plan with flexibility, numerous plan options and a robust provider network, Empire should definitely be considered. Employers in New York can offer their employees a choice of 2 or 3 Empire plans to help keep health insurance costs under control.

For instance: employers can offer a platinum EPO plan for employees who are looking for the highest amount of coverage with the least out of pocket expenses. Other employees who want to maximize premium savings can opt for a high deductible plan or HSA plan to control their health care costs.

At Healthplansny, we are independent insurance advisers and we work with the top insurance carriers in the industry. We are not beholden to any insurance company and will never try to push you to one particular carrier. We work for you! For more information or if you would like a free group health consultation, give our office a call at: 800-234-3702 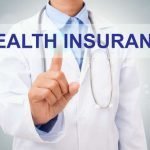 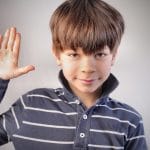