Another Obamacare Co-op seems to be failing. Last month, HealthyCT, one of 23 insurance co-ops created as part of the Affordable Care Act (ACA), was put under an order of supervision by the Connecticut Insurance Department and ordered to cease doing business.

It’s an all too familiar scenario lately. Obamacare insurance co-ops have been bleeding money and they are closing their doors. New Yorkers are still reeling from last year’s collapse of The Health Republic co-op which gathered up thousands of insurance customers with unsustainable low premiums, only to find out that their insurer was bankrupt and was forced to shut its doors.

Since the beginning of Obamacare, insurance co-ops have been funded with $1.24 billion of tax payer’s money in federal start-up loans and solvency advances. However, Mr. and Mrs. taxpayer, don’t expect to ever see your money again. The remaining co-ops are struggling and it is predicted that more will fail and these loans will never be repaid.

If HealthyCT fails, this will leave only eight co-ops still remaining out of the 23 initially created under Obamacare. Connecticut will join 12 other co-ops that have failed in the past few years: Arizona, Colorado, Kentucky, Michigan, Nevada, New York, Ohio, South Carolina, Tennessee, and Utah, Iowa and Nebraska.

But HealthyCT Has Not Given Up Yet

There still may be hope for the struggling insurer but the future looks bleak. HealthyCT is doing everything it can to keep its doors open and costs down by renegotiating contracts with hospitals and physicians thereby lowering their operating expenses. This past May, the insurer approved a $34.6 million budget for 2017, which is a $2 million increase over last year.

Of the Co-op’s 27,000 large group and small business members, HealthyCT will not be allowed to write new business or renew existing businesses after Aug. 1, 2016. Group plans that renewed on July 1st 2016 will be allowed to keep their coverage until June 30, 2017.

If you are one of the many Connecticut small businesses that have lost or you are losing your group health plan, we can help provide you with options. Get a free, no obligation consultation today or call, 914-633-1717 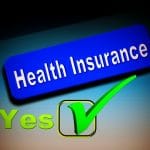 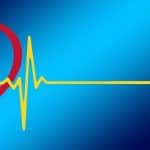