What Prince Can Teach Us About Estate Planning

Prince, the Grammy Award winning artist and iconic rock star died at the young age of 57. Like many Artists, Prince was a control freak when it came to planning his music and his career.

However, being a control freak didn’t extend to his finances. Recently, it was discovered that Prince died without a will or estate plan. Here is what Prince can teach us about estate planning.

Because of Prince’s musical brilliance and courage, Prince’s net worth is estimated to be $300 million. Now who stands to inherit his fortune? If the proper estate planning was in place, Prince could have made a difference in many people’s lives, his family, charities or organizations he decided upon.

As often is the case when a legendary musician passes away, their album sales sky rocket. Michael Jackson earned more than $115 million last year, despite dying way back in 2009. Elvis Presley hasn’t recorded an album in over 30 years, yet his estate earned $55 million last year due to ticket sales at his Graceland mansion.

So who gets Prince’s assets? Well, Prince had no wife when he died, and his parents had already passed away years ago. Under Minnesota law – where Prince lived – his sister and five half-siblings stand to inherit his fortune. This should be enough money to keep his family driving “little red corvettes” for the rest of their lives, but only the tax man knows for sure.

Of course, this assumes that everything goes smoothly. Already there are reports of would-be love children coming out of the shadows, and Prince’s half-brother has already hired an attorney to represent him after being barred from the memorial service. That may mean it could be the accountants and attorneys will get to “party like it’s 1999.”

Settling the estate without ripping it apart is just half the battle. That $300 million comes before taxes. The IRS takes 40% of everything above $5.45 million. State taxes take another 16% of everything over $1.6 million. Just doing some quick math suggests the tax man could get $150 million or more.

We can probably expect a huge battle over the exact amount due. Estate taxes are based on valuation, not income. So who’s to say what Prince’s future income from album sales, his name and image will be worth?

The good news, at least for Prince’s heirs, is that he was probably rich enough to survive his failure to plan. But what about you? Failing to plan for your legacy can be the most expensive mistake you ever make, and could throw your heirs into years of struggle and grief. 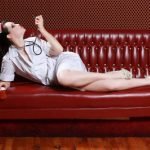 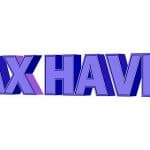