Employers in the New York small group market with 51-100 employees are now subject to the same health plan designs (Community Rating) as employers having 1-50 employees. Community Rating is the premium charged by an insurance company to all small employers covered by the same type of health plan without any regard to age, gender, health status or occupation.

The premium charged is also based on the demographic profile of a geographical region meaning if you are a small business with 1-100 employees in Westchester County, you will pay the same rates charged to all Westchester employers.

Before the implementation of the Affordable Care Act (“ACA”), New York Insurance Law considered an employer in the small group market as employing between 1-50 employees. However, a new provision of ACA has now expanded the definition of a small group employer to include companies with 51 to 100 employees.

Federal Agencies left it up to each state to decide whether they would or whether they would not adopt the new definition and most states decided to not make any changes. Only a few states, California Colorado, Vermont and New York decided to expand the small group market to 1-100 employees;

What This Means to The New York Small Group Employer

Under Community Rating, higher cost groups are made up of older or sicker workers and are averaged out with lower cost groups made up of younger or healthier people. The actuarial projections and expenses of all participants are pooled together and then spread out equally across all participants. This leads to a higher cost for employers to provide health insurance which are ultimately passed on to the employee.

Previously, groups with 51 or more employees were charged with “Experience Rating.” This rate predicts a group’s future medical costs based on its past experience such as claim history. Therefore, the insurer calculates the group’s insurance premium based on the company’s claim experience, not the overall community’s, experience.

In January 2016, Bill No. A01154 was introduced. The Bill would amend the definition of small group market in the State of New York. However, since January, the Bill remains referred to The Department of Insurance.

In March 2016, Bill No. S07104 was introduced. The Bill would also amend the definition of small group market in the State of New York. The Bill has also been referred to The Department of Insurance. Both Bills are at their infancy stages. We will continue to keep you updated. 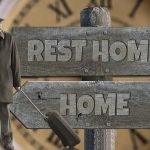 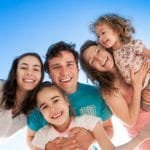