Health Republic Insurance of New York has announced it will cease doing business and stop selling health insurance policies by the end of 2015. Health Republic was formed during the passing of the Affordable Care Act the 2010. The law, also known as Obamacare, helped create the nonprofit co-op to increase competition as millions of new customers went shopping for health insurance.

Health Republic received $265 million in loans from the Obama Administration and was declared by NY state regulators that it will likely become insolvent by year’s end. Regulators say it is too early to speculate how much of the loans the company will be able to repay, because the company is still receiving premiums and paying out claims, however it’s unlikely Health Republic will be able to repay its loan obligations.

Health Republic posted a net loss of $52.7 million in the first half of this year, after losing $77.5 million in 2014, according to a state regulatory filing. In a statement last Friday by Anthony Albanese, New York’s acting superintendent of financial services said, “Given Health Republic’s financial situation, commencing an orderly wind down process before the upcoming open enrollment period is the best course of action. Moving forward, we will work closely with New York State of Health and federal regulators to help ensure continuity of coverage for Health Republic’s customers.”

Any Health Republic customers who have questions should contact the NY Department of Financial Services (DFS) consumer help line at 1-800-342-3736. Beginning September 26, the NY DFS consumer help line will have extended hours in the coming weeks and will be available on weekdays (Monday through Friday) from 8:00 a.m. to 8:00 p.m and on Saturday 9:00 a.m. to 1:00 p.m. Consumers with questions about coverage available on the New York State of Health marketplace may also contact the NYSOH customer service line at 1-855-355-5777.

Why A Small Business Owner Needs An Employee HandbookBlog 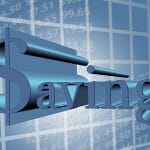