The IRS released their maximum fines guidelines last Thursday for those who decide to refuse health insurance coverage under provisions of the Affordable Care Act (ACA). 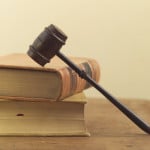 If you can afford health insurance and still decline to buy it, you will be responsible not only for your health care expenses, but also pay a penalty to the IRS. Fines are being levied on individuals who decide not to have coverage as an incentive for people to reconsider and to purchase coverage either privately or on the health exchanges.

The U.S. Census Bureau estimates the median household income in the U.S. is $53,046 so the average American will not be impacted severely by the proposed fines. However, if you are considered amongst the top earners in the Country and earn more than $244,800 per year, the maximum penalty to be issued by the IRS will be $2,448 per individual. For a family of 5 refusing health coverage at that income level, you will pay a whopping $12,240 penalty per year.

The penalties will be due when you file your 2014 tax return.