In an official announcement today, The New York Benefit Exchange has announced that it is changing its name to NY State of Health and has unveiled its new website by their new name.

Unlike many other Exchange Programs in across the country, The New York Health Exchange is well under way to offer health plans to individuals and small businesses beginning October 1st with coverage starting January 1st 2014

According to the announcement, there will be about 18 insurance carriers offering health plans to consumers and small businesses. Some big names we are all familiar with like United HealthCare, Empire Blue Cross and Aetna,  and some new comers that we have never heard of like Oscar Insurance and North Shore LIJ.

Governor Cuomo has announced that many health plans will be 50% less expensive than the current plans being offered to consumers and small businesses right now. But many critics have claimed that the Governor and New York State have been comparing apples to oranges when it comes to the new health plans versus the old ones.

Pricing of these new health plans have suspiciously not been released yet for consumers and brokers to get a glimpse of and make their own comparisons. But with only 41 days remaining until the official opening of the exchange I’m sure the rates will be coming any day now. 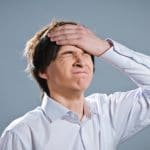