Life Insurance of the Rich and Famous – Part 1 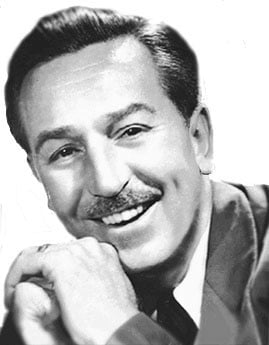 Most everyone remembers the popular television show hosted by Robin Leach, “Lifestyles of the Rich and Famous,” where each week America got a glimpse at how celebrities and the ultra-wealthy enjoyed their extravagant lifestyles.

Although the show depicted the rich as lavish spenders, one thing it did not portray was that many wealthy people are conservative when it comes to investing. And one thing I am sure many of you have never heard before is that cash value life insurance is one of those conservative investments that many wealthy people have in their portfolios to help protect their wealth.

Yes folks. Life insurance. And as Robin Leach would say, “Ladies and Gentleman were are going to take you down the path of wealth, fortune and fame and show you how one famous celebrity used his life insurance policy to build an empire.”

Walt Disney’s story is almost too hard to believe. Early in his career, one of his most popular cartoon characters was stolen by another production studio. Disney’s best animator jumped ship and went to work for a major competitor. His studio was chronically understaffed and almost always in debt. In fact Walt Disney struggled financially for many years on the brink of bankruptcy.

Fast forward to the early 1950’s. The only amusement parks in the entire country were horrifically run down places peppered with rusting, creaky rides and known only for their filthy restrooms and derelicts that always hung around.

A Dream and A Loan From A Life Insurance Policy

Walt dreamed of an immaculately clean amusement park filled with imaginative rides. A place where families could come together, have a great experience and weren’t afraid to eat food. Everyone to whom Disney presented his grand idea to told him he was crazy and laughed him off their property. Even his brother Roy, also his business partner and manager, told Walt it could never be done.

Determined to achieve his dream, Disney had no choice but to move ahead on his own. Turned down by banks and traditional financing, he emptied his savings account, sold his vacation home in Palm Springs, Florida and recruited the help of a few employees who shared his vision.

To help finance the amusement park, Disney used a loan from his cash value life insurance policy which he had bought many years ago. The loan was just enough to get things started and show the naysayers that Disney’s dream was attainable.

Disneyland opened on September 8th, 1955 with 18 attractions. It welcomed half a million people in the first month it was open. By the end of the first year it had hosted more than 3.5 million people. Less than 3 years later, it welcomed its ten millionth visitor, a number that well exceeded well known national landmarks like Yellowstone park and the Grand Canyon.

Today, Disney is one of the most famous amusement parks on earth with locations around the world. And it all started with a dream and a loan from a life insurance policy.

If you would like to discover how a life insurance policy can help improve your financial situation or if you want to learn how to save money on your current policy, click this link for our free report; How to Avoid Overpaying for Life Insurance – rev

50 Percent of Employees Are Unhappy?Blog
Health Care Reform and Your Wallet – Watch Out!Blog